21 Surprising Facts You May Don’t Know About Freelancing

The 21 Most Surprising Facts About Freelancing, you may reconsider having a second stream income after reading this.

Do you pursue a career with no long-term commitment to one employer? Do you want to decide who will be your employer and which projects you will work on?

Freelancing is a continuous merry-go-round that helps you take complete charge of your life and a very flourishing business. With tight budgets, it is regarded as the best business opportunity in this intensely competitive business market.

You will help make your future prosperous with a high-speed internet connection, marketable business knowledge, and a little luck. Working as a freelancer is a perfect way to discover yourself and discover the hidden talents behind you.

Figuring out where words come from is interesting. It is fantastic to know precisely how a term came to be, and the situations under which our ancestors would use it. The scientific study of the roots of words is called Etymology. Let’s have a glance at the origin of the ‘freelancer’ term.

It was used in the early 1800s as a freelance first came into English to describe a medieval mercenary who would fight for any country or person paying him the most. They were (Hired soldiers), years after it was used to refer to non-affiliated politicians.

The first printed usage of the word “Freelancer” can be found in Sir Walter Scott’s novel, Ivanhoe when he spoke to a feudal lord who refers to his army as ‘free lances.’ Earlier in the e word free-lance was used to refer to Italian and French mercenaries who would supply anybody willing to pay for their fighting skills and weapons (the lance).

The Modern Meaning Of “Freelancing”

Currently, freelancing or freelancing are words used to refer to a self-employed person and responsible for selling his skills or services to different business owners for a specific period. ‘Free’ is derived from a Germanic word meaning ‘love,’ while ‘lance’ is similar to the French word meaning ‘launch,’ or forcibly discharge. Independent workers and independent contractors are other words to describe freelancers.

From the military scene to the business world, the word has evolved. In writing, publishing, accounting, web design, and translating, freelancing is dominant today. The word’s root meaning has not changed.

Today you can find thousands of professional freelancers who can accomplish all kinds of work on Drjobs.

You’re bound to find freelance jobs, no matter what stage you’re at on the career ladder. This can be easily proved through research conducted, which found that there are 11.51% Entry level freelancers and 12.07% owner, executive, and c-level freelancers, freelancing is for all. Most opportunities are intermediate level with percent of 32.13 percent, while 11.59 percent are in senior management, and 18.78 percent hold freelance positions at the management level.

With all the technologies available to work with a high-speed Wi-Fi connection everywhere globally, many freelancers nevertheless decide to work from home. The overwhelming majority (84.54%) said they work from their home office, while just 4.55% said they work at a client’s office on-site. There is (2.75%) work in a co-working space, and only 1.33% work from their nearest coffee shop where they can get their favorite ice coffee.

The freelance market is vast. Freelancers contribute an estimated $1.4 Trillion annually in earnings to the USA economy. That is twice as much as Walmart, the world’s largest revenue-earning business.

This means that the average annual income per freelancer is $18,182

So, it can be said that to say that many freelancers earn quite a bit more and quite a bit lower than the median wage.

53.7 million Americans work as freelancers, which accounts for 34% of the overall population. There is about one out of every three Americans involved in any freelance activity.

A vital portion of the US economy is known to be based on working from home.

Another fascinating statistic related to this exciting employment potential and revenue stream is that almost 60 % of Americans have quit their regular employment to be freelancers to grow their careers. They are now making a lot better than their previous standard salary rates.

Rising flexibility and freedom are driving factors behind the choices of Americans to freelance. In every four non-freelancer Americans, according to a survey, three who are willing to do additional jobs to raise more money other than their main job.

73% of self-employed employees believe that technology has made it easy to pursue freelance jobs for individuals. Two-thirds of the study into the freelance community shows that freelancing offers the ability to work from anywhere.

More than a third suggests that this path provides the workforce with tremendous flexibility.

Freelancers are gaining more and more money and raising the economy’s overall performance. 60% of persons who quit their full-time job are now making more money starting from the first year of freelancing.

More than a third of freelancers said there was a high demand for their services over the past few years. In the coming years, half of them foresee a rise in their profits from freelancing.

Around 83 percent of freelancers assume that their best days haven’t come yet, like the overwhelming majority of freelancers. They have improved freelance prospects, and that seems good for the economy as a whole.

Freelancers have the luxury of working outside of regular workplace schedules.

Therefore, they also prefer to work strange hours, which is much more different than the standard 9 to 5 career.

Four out of five freelancers say freelancing is more comfortable than standard work. It would be easy to say that when looking at other sources of work, “the grass is always greener,” but the vast majority of freelancers believe the grass is perfectly green where they are now. They feel more appreciated, motivated, and enthusiastic when starting their day than their previous 9 to 5 job.

The flexibility and freedom to come and change your job style are among the best things about freelancing.

In the USA, freelancers can find the freelancers union ” A free-to-join union,” with 300,000 members. Sara Horowitz founded it, and it helps freelancers get benefits such as health insurance, and it exerts more effort to ensure more rights for freelance workers.

In addition to their freelance revenue, 25% of freelancers are “moonlighting” and hold a full-time job. 28% are employees who have many skills. An instance is someone who has a part-time job with a local company and spends other hours making more money with freelance jobs such as blogging, designing blogs, or driving with Uber. There are 17 million individuals who, in addition to another job, do some form of freelancing.

Freelancing is not just about making money. Freelancing provides a work-life balance that most professions can’t provide, making the freelancer enjoy doing his job. Setting your daily hours and wearing denim daily is only a couple of the many perks that freelancers enjoy.

While the freelance lifestyle certainly applies to men and women alike, nearly 74 % of freelancers were women. Part of this may be attributed to the fact that women are more likely to be mothers and need flexibility in their lives, making for freelancing. Freelance work makes your life more balanced if you’re trying to juggle family and job-related obligations.

Freelancing has opened up a vast pool of talent to small enterprises. Usually, small firms and startups do not have adequate resources for full-time recruitment, so temporary work makes a lot of economic sense. As a result, small enterprises and organizations worldwide have the vast majority of freelance jobs.

There are many industries nowadays which offer freelance work. Industries such as blogging, graphic design, web creation, banking, sales and marketing, translation, healthcare, and many more are available to select from. Also, companies who originally employed in-house employees are looking to remote freelancers to achieve their strategies.

This means wherever you have the skill; you can start freelancing.

Today, we can find numerous positions that never existed ten years ago, and freelancers profit from many of them. Look at the virtual teacher, for example. Traditionally, teaching was only practiced in classrooms, but technology has enabled freelancers to mentor individuals online conveniently. This illustrates how, over the last decade, the prevalence of freelancing has grown.

Most individuals today work as both full-time workers and as freelancers. At the end of the month, they reap the rewards from earning bonuses from freelance jobs and getting a monthly salary.

To diversify their income opportunities, other persons make a combination of part-time jobs and freelancing. You can check many ways without having to quit your full-time job if you freelancing works for you.

Although it is just an estimation, in just a decade, it could quickly become a reality. Now, Freelancers constitute between 35% and 40 percent of the workforce. Indeed, those numbers will go up.

It appears to be more attractive to employees to work on the projects they want and schedule their working hours. Many of them leave their 9-to-5 secure (but mostly dull) job and start looking for freelance work.

A study has found that persons seek to freelance for specific motivations which are they want to: be their own bosses with no need to follow up with a manager, decide their work hours, decide which projects they want to work on, select the workplace, manage their “overtime” to make more money.

The abovementioned facts have revealed some fascinating facts about freelancing showing that the following years will be booming for self-employment, personal, and micro-businesses. It offers the freedom to employees from the ropes that usually tie up full-time employees.

Some of the perks associated with freelancing are freedom, flexibility, higher income, and diversification. It is the ideal solution for passionate people who has no limits. With the predictions of a coming strong freelance economy, there will be a great opportunity for ambitious persons to excel and exceed.

Now, Was it interesting to read these 21 Surprising Facts You May Don’t Know About Freelancing? Share your feedback in the comments box below.

Alaa Emara is a content writer at Drjob.ae. Drjob site has been voted one of the top 500 sites for jobs in the world in 2020. She writes in-depth guides that teach employers & recruiters ways to start, grow, scale their businesses, and teach the job seekers ways to unleash their inner talents to master their careers. 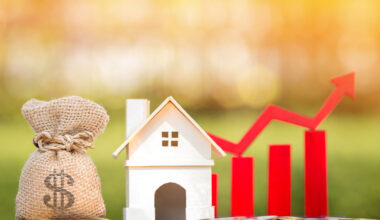 Read More
FFreelance Tips
Due to the spread of coronavirus (COVID-19) and the precautionary measures, businesses worldwide shut down their offices and…